Have you purchased yours? Buy Your All-Access Pass now & get lifetime access! 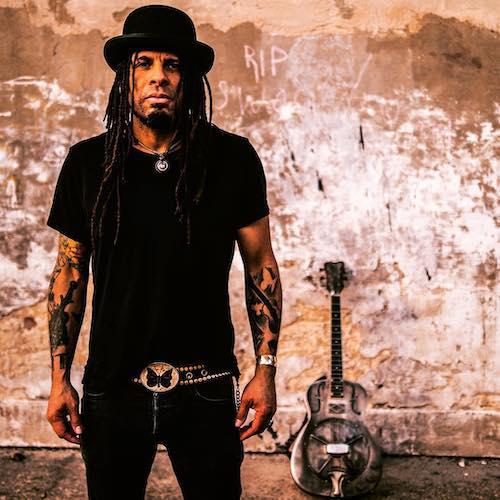 Musician and composer who has crafted a rare and enticing brand of high desert blues and gritty, flamenco-infused rock that leaves listeners spellbound

Talks covered by this speaker

Have you got yours yet?

Our All-Access Passes are a must if you want to get the most out of this event.

Hailing from the crossroads of the Southwest and the heart of New Mexico, Eric McFadden has crafted a rare and enticing brand of high desert blues and gritty, flamenco-infused rock that leaves listeners spellbound. McFadden’s sound has not only charmed audiences all over the world, countless musicians have been taken by his inimitable playing and musicianship, with McFadden receiving invitations to tour with the likes of funk legend George Clinton, The Animals’ Eric Burdon, and New Orleans sweethearts Anders Osborne and Tab Benoit. Right from the moment Joe Strummer spotted him in San Francisco, nicknamed him ‘Lightning,’ and gave him a gig opening for Strummer & The Mescaleros, Eric McFadden has claimed his place amongst the greats. Drawing from his multifarious musical experiences and influences, Eric McFadden has developed his own unique and meaningful voice as a songwriter and 2021 will be hearing much more of that voice. Honing in on a sound that’s a rousing mix of Jack White, Django Reinhardt, and Jimi Hendrix, we can expect to witness McFadden as we never have before - as a wild talent harnessing his power, as a man settling into his skin. This is the year for Eric McFadden and every music lover should be watching out and taking notes. Some of Eric’s other collaborations include: Bo Diddley, Nels Cline (Wilco), Les Claypool (Primus), Reverend Horton Heat, Fishbone, Fantastic Negrito, Jesse Hughes, Jackson Browne, The Coup, North Mississippi Allstars, Widespread Panic, Dwarves, Samantha Fish, Bernie Worrell, Mike Watt, Living Colour, Ron Wood, Chuck Leavel and Bernard Fowler (Rolling Stones)

Your logo could go here!

If you'd like to get your brand in front of attendees following the categories this speaker is talking about (on this page, via email and during each talk) contact us.
We use cookies This website (and some of its third-party tools) use cookies. These are important as they allow us to deliver an exceptional experience whilst browsing the site.